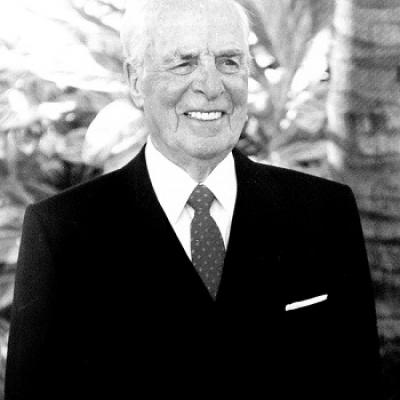 JR Worsley was already an accomplished osteopath and naturopath when the Second World War brought fierce German air raids to his city, Coventry, England. While he was treating the victims of the bombing, he heard of some  local Japanese acupuncturists who were  getting wonderful results treating the victims. JR apprenticed himself to these Asian practitioners and was on the way to becoming one of the most gifted  practitioners and teachers in the West. After more study in East Asia, JR returned to England to practice. In the 1960's he opened the College of Traditional Acupuncture in Warwick.  In 1972, the first Americans attended the College, including our own Jim McCormick.

JR's teaching focused on the Five Elements of Chinese Medicine: Wood, Fire, Earth, Metal, and Water.  He  brought the Elements alive in his teaching and made them clinically relevant for a whole generation of acupuncturists. JR also taught that the most important result of the first meeting between patient and practitioner was rapport.  The relationship and the safety of feeling welcomed and understood was as important as any clinical findings.  He was able to teach his students how to develop this rapport using the energetics of the Five Elements.  And he was a Master to watch. His ability to provide rapport with a wide variety of people: old and young, male and female, rich and poor, white and all other colors, was astonishing.

Bill and Jim still feel blessed to have had the experience of studying with Dr. Worsley over the course of decades. The Five Element work takes a wide view of the person seeking treatment. The emphasis is holistic, with more attention paid to the person who has the symptoms rather that the symptoms themselves. Yet, symptoms are not discounted or ignored. Five Element Acupuncture is very effective at treating a wide range of physical and emotional symptoms, yet treatment is always tailored to the individual. Treating the cause of the symptom can help both the symptom itself, and can also help to build a person's good health and resiliency.

Both Jim and Bill have also studied a variety of other styles of acupuncture and East Asian medicine.  The focus has always been on becoming more skilled and effective. Other styles include: the Balance Method, Traditional Chinese Medicine, and Master Tung's acupuncture.

To make an appointment with Bill Mueller or Jim McCormick, contact our receptionist at 617-354-8360 ext. 10 or click here to send an request via email. To reach Bill directly, email Bill Mueller ; to reach Jim directly email Jim McCormick.

You can also request an appointment using the form below.

Are you a new patient? Read more here.